Even experts have to fight against the influence of irrationality and, according to some, vision experts have to fight them even more so than others. Expert biases are very risky for the general public if not addressed properly, as they may cause a distorted vision of things or foresee catastrophic scenarios.

In this article, I would like to underline the downsides of years of experience and prize the freshness of inexperience: I hope none will take offence at it because I just like seeing the complete picture and being a maverick observer.

When experts get it wrong: expert biases

When human beings make decisions, give an opinion and form beliefs, they are being strongly influenced by their way of thinking, their past history, and their feelings. For this reason, cognitive biases are always ready to influence our judgements. 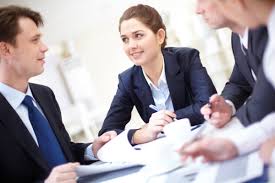 The expert biases are part of the cognitive biases. The maestro in this issue is the Nobel prize-winner Daniel Kahneman who in his masterpiece Thinking, Fast and Slow brings attention to the unreliability of experts’ judgement.

Expert biases in a nutshell

The essence of this concept is this: experts are overconfident in their abilities to predict the future and to understand the root of certain problems, because their brain has been trained (through years of experience) to recognize certain paths and similarities. Unfortunately, life is more unpredictable than we think, and that is why experts often fail in their forecasts. As explained by Kahneman, the brain of experts is overexposed to the mistakes because they are strongly influenced by previous judgements, situations and beliefs.

This ability is deemed to overestimate the likelihood of something to which we are familiar with; the central problem relies on our inability to see what we do not know and to unveil the planning fallacy. The planning fallacy is the result of wrong assumptions determined by the indiscriminate application of past outcomes to the actual scenario.

The question is then, is it preferable to have expert biases or to have an inexperienced expertise? By having read this article, do you not think that it is better to have a fresher idea and opinion, and one that is less arrogant? 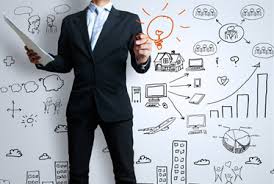 An inexperienced (or not yet sufficiently experienced) mind may be able to see what goes unforeseen by experts, and thus may be able to give an effective alternative explanation because it is not biased by past beliefs.

If so, why we do condemn the young who have not had enough years of experience? What is our definition of “enough”: is it maybe our excessive faith in predictability, which is obviously very reassuring that it is driving us toward this?

When experts got it right…

As Kahneman says, experts are a trustworthy oracle when the future is highly predictable and the level of uncertainty is low.

I truly opt for the second definition, and that it is why I started to profess myself as a Marketing expert, despite lacking decades of experience.

In my case, I am often caught by Worse-than-average effect, which is the tendency to consider my own work and opinions worse than the average.

For a very useful list of cognitive biases, please refer to this Wikipedia article.